Armenian News Network / Groong
May 1, 2019
In this 104th year since the Armenian Genocide, the Turkish state continues its policy of denial. I would like to share with you the brief review I wrote of Avedis Hadjian's remarkable book for Arev Hye Book Salon in January. It is a reminder that the Genocide of our nation continues…
By Rubina Sevadjian Kingwell 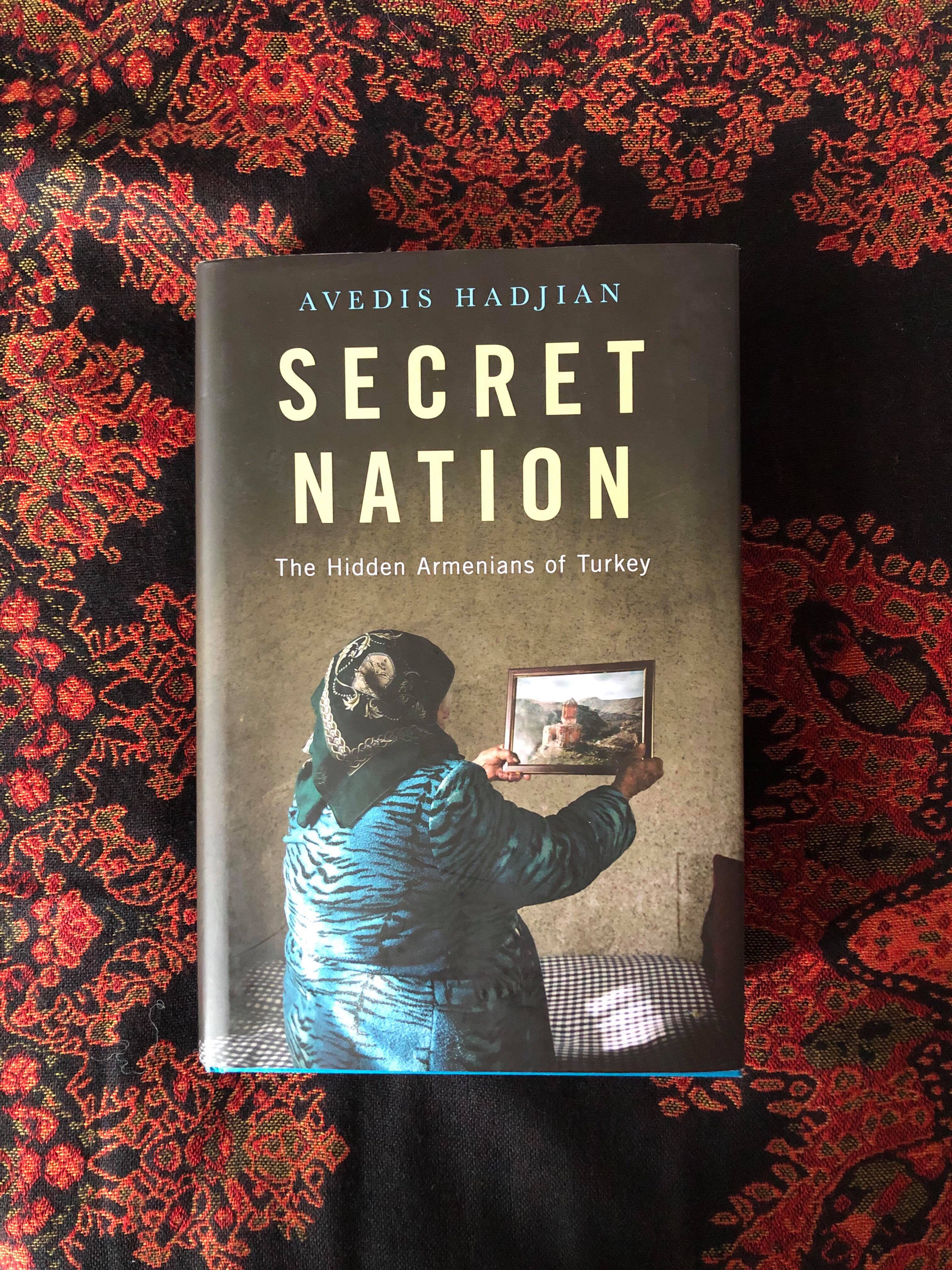 Secret Nation
The Hidden Armenians of Turkey
by Avedis Hadjian
ISBN-13: 9781788311991
Publisher: Bloomsbury Academic
Publication date: 06/30/2018
Pages: 592
How beautifully and touchingly Avedis Hadjian writes. I read the introduction with tears in my eyes. His description of a cowed and frightened people is so immediate. In just a few words, he not only tells us how they look but gives a good idea of how they must feel. The feelings are mostly various degrees of fear.

Hadjian is very aware that many of the ‘hidden Armenians’ could or could not be Armenians at all. In Turkey every despised being, by race or religion, is now called Armenian. Be they Assyrian, Alevi, various types of Kurds and others. Making the matter very complicated indeed.

Hrant Dink’s true claim that Sabiha Gökçen, that paragon of Turkish heroism, was an Armenian, cost him his life. So it is entirely understandable that Armenians who have been hidden for some time are not so forthcoming about their origins.

‘Turkey has proved extremely sensitive to any perceived threat to its state and territory, even if unfounded.’ This is perhaps one of the most important sentences in the introduction—especially for those who may not have much idea of how fascist the Turkish state is. Again and again, Hadjian makes the important distinction between state and government in Turkey. Anyone who has travelled there should have felt the tyranny of the state (and its functionaries).

Hadjian warns against outing Armenians in Turkey—especially in the provinces. The fear of the little girl in the mountains of Sasun, spoke volumes. Being known to be Armenian can often result in dire consequences. So those who do not want to be known should not be censured for not immediately coming out and proclaiming themselves as Armenians. And I couldn’t agree more. I have seen that fear.

Hadjian says his ‘initial introduction would have finished with the following line: “There is nothing for you to fear, little Sasun girl. You are not alone.” These fine-sounding words are, at best, nothing else if not irresponsible.’

That fear and paranoia are ever-present in these people’s lives is horrible. The two most repeated descriptions in the book are: ‘fear’ and ‘pejorative’.

The chapter on Bitlis immediately put me in mind of my visit there. Apart from the general hostility which we encountered, there was a gendarme who realised that one in our group spoke Turkish. He offered to bring a shovel to dig up ‘the gold’. Everywhere we travelled, the Turks were sure there had to be gold and that we were concealing treasure maps.

We too met with the child-like desire of Kurds to hear our eternal thanks and brotherly love for them which Hadjian encountered. They are proud of their newly discovered zeal for atonement for their deeds during the Genocide and their ‘cherry-picked historical facts.’

Hadjian says that nowhere did he encounter fear like that at Adana. Indeed, that is how I felt there. The aggressive stance of the many young men who wanted to know what were doing there and repeatedly using the word giavour jostled us—they knew what they were saying.

That the Patriarchate in Constantinople rebuffed a man’s attempts to find out about his Armenian family before the Genocide does not surprise me at all. I asked the (then acting) Patriarch too—about Aintab—and he was dismissive to the point of rudeness and hostility. So I can well believe how some of the unkibar people from the provinces might be treated.

Antap, or Aintab as I prefer it, is the chapter I enjoyed most. Perhaps because that was the city I paid closest attention to when there; I visited everywhere mentioned by Hadjian. The once great mansions turned into ‘museums’ of nothing, or garish cafes and hotels, the Armenian writing on the walls now described as ‘ancient Turkish’ makes one want to laugh—or maybe cry. I even had some pakhlava at Abuśoglu, and yes, the name is very proudly displayed.

Fear everywhere is pervasive and the disfigurement of all vestiges of Armenian culture ongoing.
‘It was Genocide by other means continued, before my eyes.’ Hadjian writes. One cannot get away from it.

I truly think this is a very important work. Not just for Armenians, but for anyone studying the after-effects of Genocide.